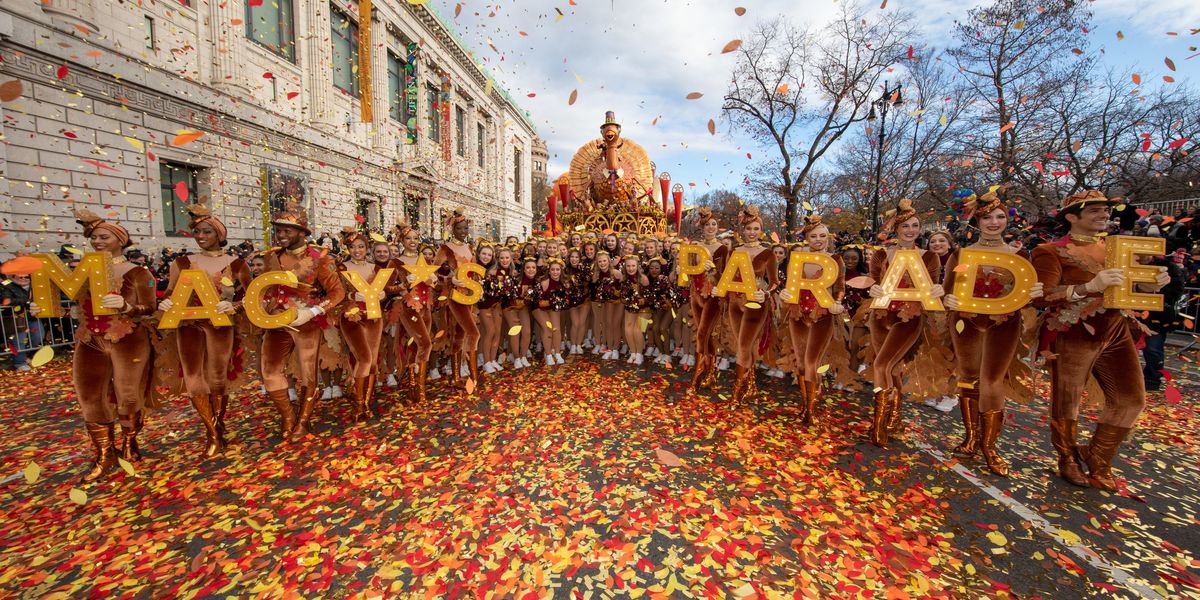 Picture this: It’s Thanksgiving morning, you’re still all snuggly in your fave fuzzy pajamas, and you’re posted up in your living room to watch the Macy’s Thanksgiving Day parade. The kitchen already smells like all your fave Thanksgiving foods, and the news anchors are announcing performances from all the Broadway hits you’re obsessed with this year.

While the 2020 parade will be modified—from the crowds to the balloons (or at least, the balloon handlers)—there will still be some fabulous dancing to enjoy come Thanksgiving morning. Plus, we can always reminisce on our favorite performances from years past. To get you in the holiday spirit, here are seven of our fave dance moments from past Macy’s Thanksgiving Day Parades.

We love a musical opening number! “New York, New York” from the 2014 revival of On the Town gave the cameras a tour of the parade route before the ensemble kicked off the parade with a truly impressive dance break right in front of Macy’s. (Side note, we are shivering watching those ladies freezing in their dresses. At least the sailors got pants.)

When we think of Christmas, we think of The Radio City Christmas Spectacular. The Rockettes have performed countless numbers from iconic show in the parade, but we’re here for “Christmas Lights,” the new(ish) finale number that premiered in 2018. The costumes, the choreo, the music—it’s simply magical. (And an added bonus: You can learn the “Christmas Lights” choreo here.)

Nothing is better than the Kings of New York tapping it out on the NYC streets. The original Broadway cast of Newsies 2011 performance made us wish we could celebrate Thanksgiving in Jacobi’s Deli with Katherine and all the newsboys.

Okay, sure, the parade may take place on Thanksgiving, but for us? It’s just as much about ushering in the winter holiday season. This tree-trimming number from the classic Irving Berlin musical had the dancers tap dancing while jumping rope (!!!) and looked like it burned a few more calories than the average after-dinner walk around your neighborhood.

Head Over Heels
deserved better, we’re just saying. Not only did this performance feature some fab choreo from our forever fave Spencer Liff, it also was broadcast from the Hudson Theatre and showed off the production’s unique set and lighting design, as well as the ridiculously talented performers.

It may look easy to ease on down the parade route, but any dance-lover could tell you that these dancers were nailing this high-energy choreo by Fatima Robinson. Also, we’d like to know where we can buy those pumpkin-orange sneakers…this cast was serving #lewks.