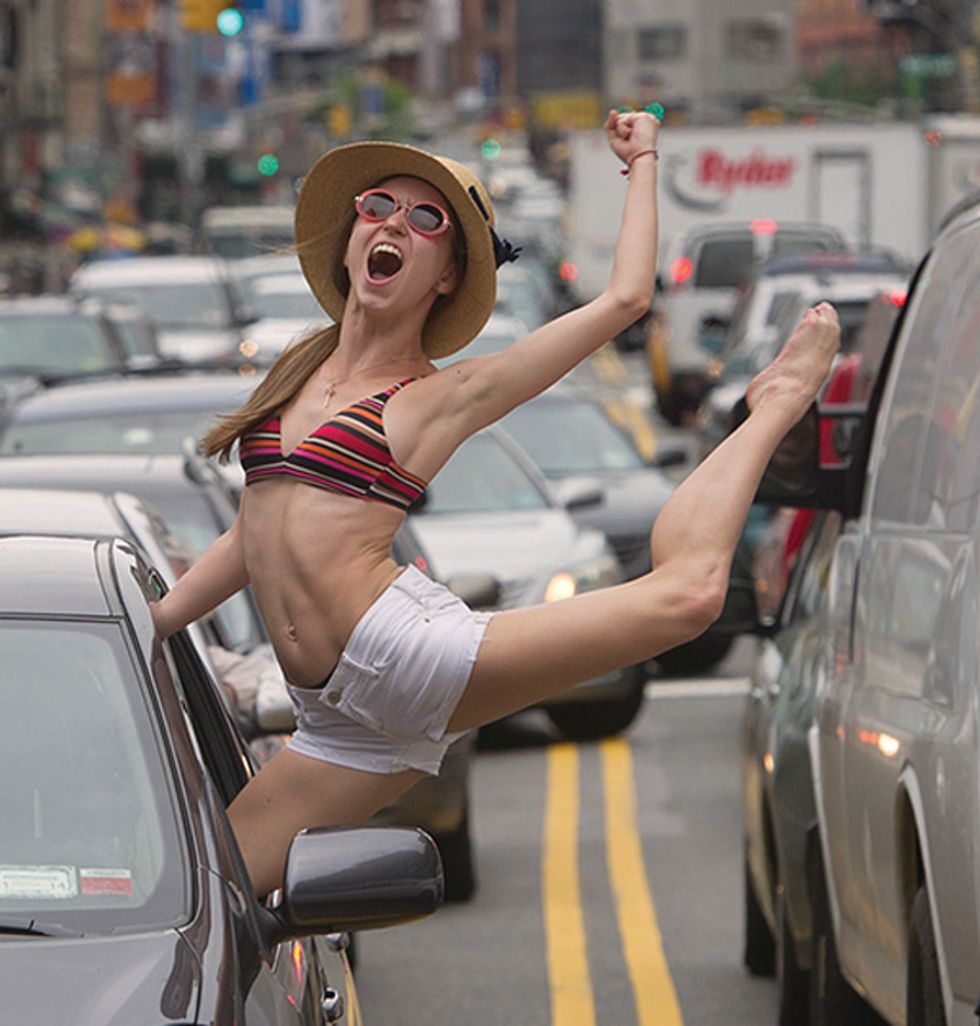 For six seasons, online reality show “Dance212” has shown us what it’s really like to be a dancer living, training and working in the heart of NYC. Now, the show is catching up with more than 20 former cast members for an all-new season, “Dance212: Where Are They Now?” If you dream of making your way to the Big Apple, read on: Dance Spirit asked each of these dancers, “What one piece of advice would you give to DS readers?”

Since Season 3:
“Second Companies,” Skylar has moved from ABT II to the corps of American Ballet Theatre. This past year, she won a Princess Grace Dance Fellowship Award and performed her first principal roles in Alexei Ratmansky’s Piano Concerto #1 and MarkMorris’s Gong.

Her advice:
“Have fun throughout your journey. Though we try to make it look easy, a dance career is difficult, so it’s important to never lose sight of why you started in the first place. When you’re having a good time onstage, the audience can tell.”

After appearing on Season 4: “Summer Intensives,”
Sterling moved from the Jacqueline Kennedy Onassis School at American Ballet Theatre into ABT II. In May 2011, he joined ABT as an apprentice; he became a member of the corps de ballet in December 2011. He’s since received multiple soloist opportunities in works including Twyla Tharp’s Bach Partita and Alexei Ratmansky’s The Tempest.

His advice:
“Explore other ways to express yourself outside of dance. I’ve done this by writing and drawing, and by attending poetry clubs and plays. To excel in any art form, you must have respect and understanding for all kinds of human expression.”

During Season 5: “Professional Aspirations,”
in 2011, Paloma was in the cast of The Phantom of the Opera on Broadway. Since then, she’s danced in Nice Work If You Can Get It, in the Broadway Bares fundraising gala and at the Fire Island Dance Festival.

Her advice:
“Know that you’re unique. No one in the world is like you, so sometimes a project will be right for you and sometimes it won’t. When things don’t go your way, take a deep breath, smile and know you’re exactly where you need to be.”

On Season 6: “Spring Season,”
Simone was part of The Professional Semester at Broadway Dance Center. Since then, she’s performed with the Buglisi Dance Theatre and M.O.V.E, and was the lead in a short film called Gloria. She spent the summer of 2013 teaching in upstate New York before returning to NYC for BDC’s Work-Study Program this year.

Her advice:
“It’s OK to dream big and think outside the box. Try to create a company, dance project, concept, movement or video that no one has ever thought of before!”