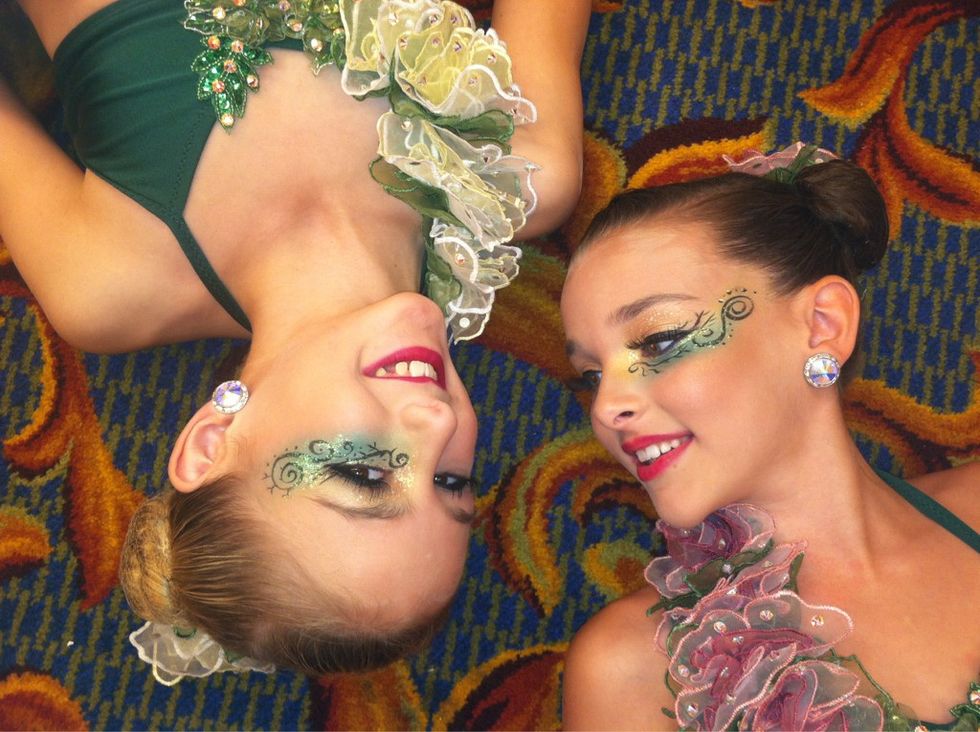 Thank goodness, “Dance Moms” is back after their week off. And for this episode the team headed to Philadelphia to compete at Starbound. Of course, it was chock full of drama and dancing. Let my top five moments begin:

5. Chloe and Paige got a duet, which apparently they really wanted (although we’ve never heard anything about it). But then, shocker of shockers, Paige has a broken foot after her debacle last week. What does that mean? Mom Jill sniffs out an open spot, and (bam!) she’s there, Kendall in tow. As much as I sometimes want to drop heavy objects on her mother’s head, Kendall is really sweet, and it was a nice challenge for her to dance alongside Chloe. They deserved that first place win.

4. Maddie had to miss rehearsal to film her part on “Drop Dead Diva.” The tension was high: Would she remember to rehearse Abby’s choreography? Would she still be able to perform her solo and come out on top? Obviously, Maddie had no problem multitasking because she’s the bomb. Her solo was typical Maddie—it was pretty, emotional, had lots of turns, and she ended lying down. She won Top Junior Soloist. No surprises there.

3. The group number, Allouette, incorporated “more ballet technique,” which I must say, is severely lacking from a lot of these girls’ repertoire. Showing that to the judges may not have been the wisest decision. But their awesome French costumes were so cute that I barely noticed their lack of turnout. That Abby is one tricky lady. First place, baby.

2. I was actually on mom Kelly’s side when she pulled Brooke’s routine despite Abby getting really mad about it. After all, the girl’s back was in so much pain that she couldn’t breathe! Ten points for the moms! Oh wait, remember when mom Kelly didn’t know who Anne Frank was? Points revoked.

1. It would be hard for a solo by Mackenzie to not make it into my top five. But then, in addition to just being her adorable self, she absolutely killed her routine. “My dance is called Do You Love It?” she says. “I know I love it!” Cuteness overload. Second place?! This girl was robbed.

Tune in next week for more “Dance Moms” madness, and don’t forget to let me know what you thought of this week’s episode.