In her Instagram bio, Rachel Jacobucci describes herself as a “professional dancer/world wanderer,” and that couldn’t be truer. After training at The Governor’s School for the Arts in Norfolk, VA, and as an American Ballet Theatre National Training Scholar, Jacobucci studied dance and English at Butler University. She’s since danced around the world for Atlantis Paradise Island, Busch Gardens, and Holland America Line. Jacobucci’s latest dance job took her farther from home than ever: to Tokyo Disneyland. We had Jacobucci keep a diary during one of the final weeks of her magical yearlong contract. —Helen Rolfe

This is the beginning of my week. I start by getting up three-ish hours before my call time. This particular day, I journaled and meditated, then lingered over breakfast and coffee. Other days I spend this time cross-training at the gym, reading, or calling my parents or friends back home. An hour and a half before call time, it’s off to work to get my makeup on and warm up.

One Man’s Dream II: The Magic Lives On
has been running in the park since 2004. It opens with a black-and-white homage to Walt Disney’s earliest cartoons, and then runs through scenes and production numbers from all your favorite animated Disney films. In rehearsals, it was so nice to get to know everyone as we learned the choreography.

Today was long and cold. My show is outdoors, so we have to deal with the elements quite a lot, but everyone does a great job motivating each other to make it through. I like to say this is the closest I’ll ever have to a 9-to-5 dance job. In fact, some days it’s a bit longer than that! The long-term consistency that comes with this contract is comforting, but also a challenge at times. It’s a bit of a task to do the same show so often, and in varying weather conditions. We really have to find ways to bring artistry into every performance. I try to find a new little face in the audience, or a new interaction with someone onstage, as often as I can. Today, I found a little girl dressed up as Wendy from Peter Pan, whose eyes lit up when I smiled at her—that’s what it’s all about.

I’ve reached the middle of my week and need a pick-me-up. A little Tokyo Disney secret: We are all fueled by chocolate and yummy Japanese snack food. The pile in our dressing room sometimes gets supplemented with snacks from other countries we visit, too. My particular favorites are flavored almonds from Korea, mochi (sweet, soft cakes made from rice and red beans), and tiny chocolate chip cookies called Country Ma’am that you can get at most Japanese convenience stores. You never can say no to snacks that people bring from home, either. Reese’s, anyone?! It takes a lot of energy to dance so much, and this is one of the keys to our success. Picking up snacks at the konbini (convenience store)

During this contract I’ve found it particularly important to cross-train and do physical therapy, because of the sheer number of repetitive steps we do daily. I go to the gym three times a week to do “normal” exercise—lifting weights, running, rowing, and extra stretching. In between shows, I also get in a quick ballet barre or do abs with friends. Tokyo is a great place for dance classes, and several of us take advantage of the many classes available on off days. Even more fun, people in our cast apartment complex get together and teach class. It’s a great way to keep up our training and to meet people in other Tokyo Disney shows. I had an awesome day performing, but there is so much life outside work here in Tokyo, too. I’ve met people in other casts, as well as fellow Americans and Japanese locals. I’m glad—it’s led to some of the coolest experiences and greatest friends I could imagine. Tonight, I’m going with a Japanese friend to a restaurant that serves traditional yakitori, a skewered meat dish that people often socialize over after work. Sharing a meal with Japanese friends

If I’m not traveling, the first day of my weekend is usually for chores. This weekend I’ve got errands to run. Most of the signage in Tokyo is in several different languages, including English—and most everyone knows enough English to match my broken, ultra-basic Japanese. And the mime I learned in ballet has unexpectedly come in handy while ordering ramen! I don’t think I’ll ever be able to apologize enough for my lapses in volume control on public transport, which in Japan is incredibly quiet. That inner performing artist just pops out at the most inconvenient times! Today I’m off to Harajuku for makeup, Omotesando for a pair of shoes I’ve had my eye on, and the shopping complex next to my apartment building to grocery-shop. Day 2 of my weekend is for adventures! When I get more time off, there are lovely hot springs just a short Shinkansen (bullet train) ride away, and cheap tickets to surrounding countries. This past year, I’ve climbed Mount Fuji, visited my best friend in South Korea, seen snow monkeys in Nagano, had high tea in Hong Kong, spent a weekend at a hot spring in Nikko, and surfed in Indonesia. Today, I spent the day wandering the laid-back neighborhood of Nakameguro, participating in hanami—the Japanese tradition of making time to view the cherry blossoms. It’s definitely one of the things I’ll miss most about working in Japan. Dancing at Tokyo Disney Resort has been the fulfillment of a longtime dream, and I’ve grown and changed in so many incredible ways over the last year.

A version of this story appeared in the Summer 2019 issue of
Dance Spirit with the title “The Happiest Place to Dance.” 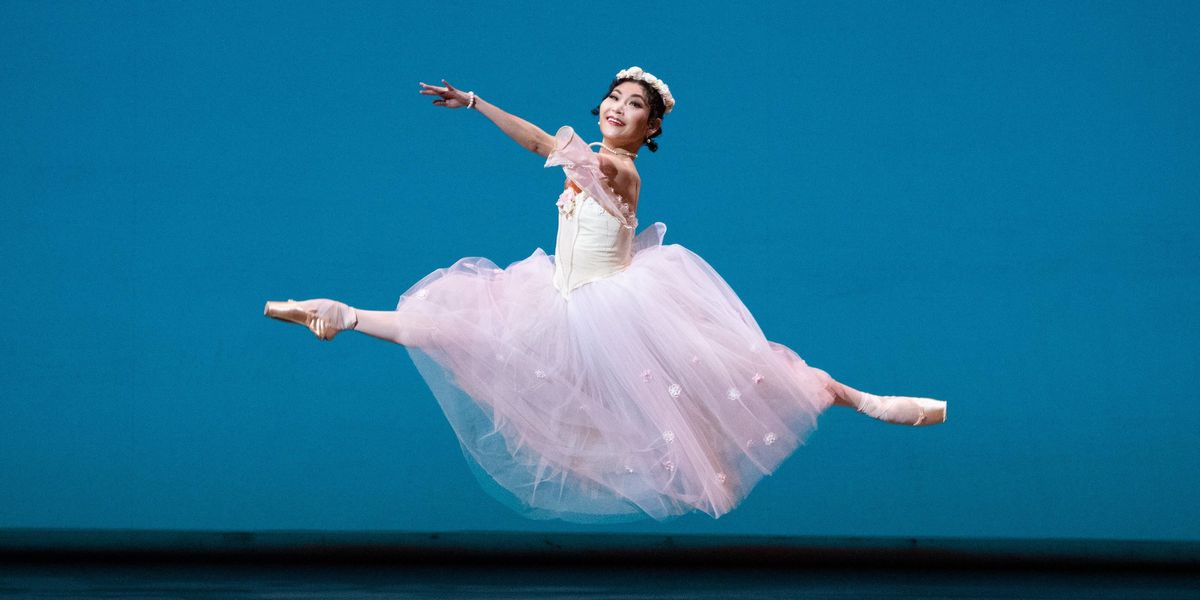 A Week in the Life of a Dance Major