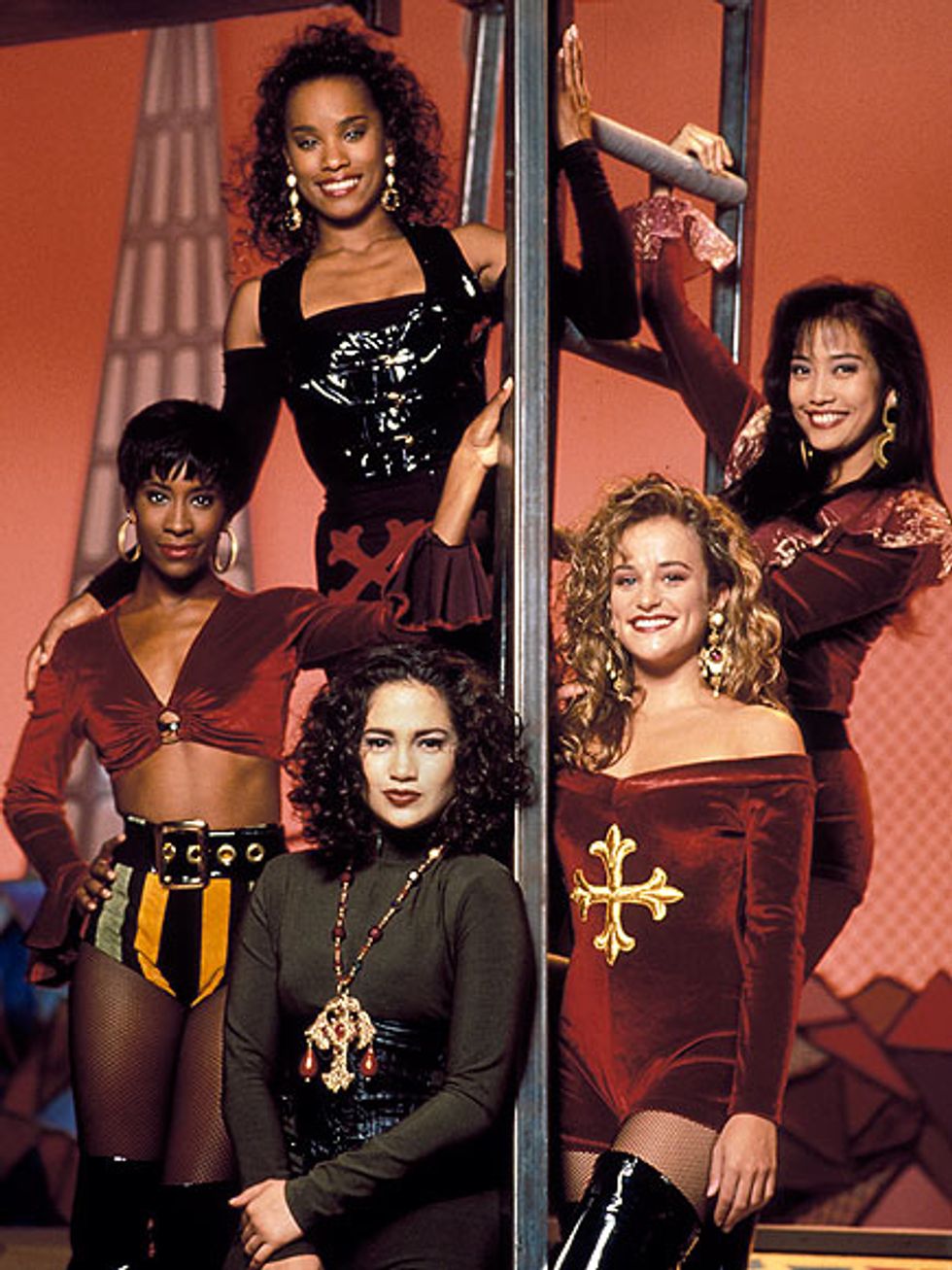 The Fly Girls Are BACK

Does one of the lovely ’90s ladies at right look familiar? That’s right: The cutie at the bottom is Jennifer Lopez (rocking quite an awesome perm).

These are the Fly Girls, a dance group from the ’90s sketch comedy show “In Living Color.” Before J. Lo. became J. Lo., she was perhaps the fly-est of the Fly Girls. (And she wasn’t the only star to come out of the show. The pretty face on the far right should look familiar, too: She’s “Dancing with the Stars” judge Carrie Ann Inaba!)

Now Fox is rebooting “In Living Color,” which means it’s time to cast a new group of Fly Girls. The recent auditions in L.A.—led by dynamic duo Tabitha and Napoleon D’umo, who’ll choreograph for the show—brought out a bunch of big names, including “So You Think You Can Dance” alums Allison Holker and Comfort Fedoke. Take a peek behind the scenes!