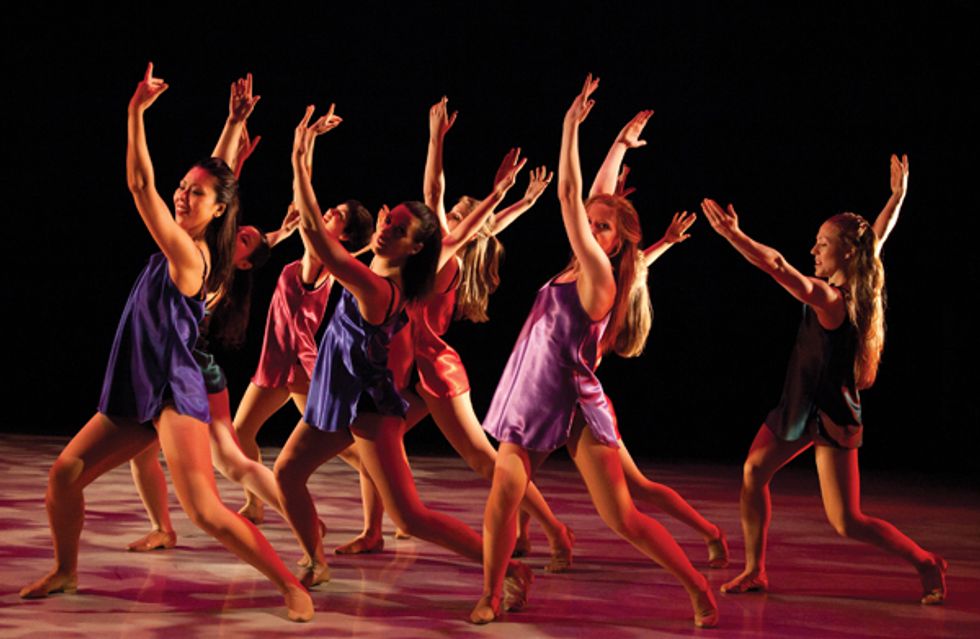 What is jazz? It’s a classic American dance style, yet these days, most of us have a difficult time defining it—because jazz refuses to be pinned down. Instead, it changes over time, interacting with the other styles it meets along the way. The result: fusions like Latin jazz, street jazz and Afro-jazz.

What is it?
“It’s a style performed from the core, with clean and strong lines emanating from the hips and chest,” Sue Samuels says.

Where did it come from?
Jack Cole, Gus Giordano, Matt Mattox and Luigi were major influences.

What is it?
Tracie Stanfield says, “It challenges the rules and foundations of classic jazz by adding pedestrian movements, strong storylines and self-expression.”

Where did it come from?
Mia Michaels’ earlier work popularized the style.

How to Spot it:

What is it?
“It’s a mix of hip hop, jazz and the latest dance steps, choreographed to pop songs,” Sean Cheesman says.

Where did it come from?
When MTV debuted in 1981, it created a surge in the production of music videos. This style was developed to fill the need for backup dancers in these videos.

Where you may have seen it:
The music videos of:

What is it?
“It’s a style that allows a dancer to use the movements of various Latin dance styles without the assistance of a partner by adding elements of jazz,” Maria Torres says.

Where did it come from?
Maria Torres developed and popularized the fusion at Broadway Dance Center. Ashlé Dawson further popularized the style on “SYTYCD,” “MADE” and “America’s Got Talent.”

What is it?
Sean Cheesman says, “It’s a fusion of African dance with the technical elements of jazz.”

Where did it come from?
Katherine Dunham and Alvin Ailey were pioneers in the exploration and development of the fusion.

What is it?
“It’s a blend of street dance and jazz—a stylization of what was being done in aerobic dance classes,” Maurice Johnson says.

Where did it come from?
Within the last decade, dancers started taking street jazz out of the gym and into the studio, making it a recognized style.

Even the experts admit that jazz is nearly impossible to define. Here’s what some of them had to say:

“Jazz is hard to define because it’s constantly changing and growing. But that means a jazz dancer can easily do all types of dance.” —Sean Cheesman

“With jazz dance, it’s really up to the instructor to breathe life into the form. That’s why it’s so individualized.” —Maurice Johnson

“There was a time when calling movement ‘jazz’ meant it was separate from the concert dance world, so a lot of people dropped the name but not the vocab. That means you probably see jazz a lot more than you realize—it’s just under a different name.” —Tracie Stanfield